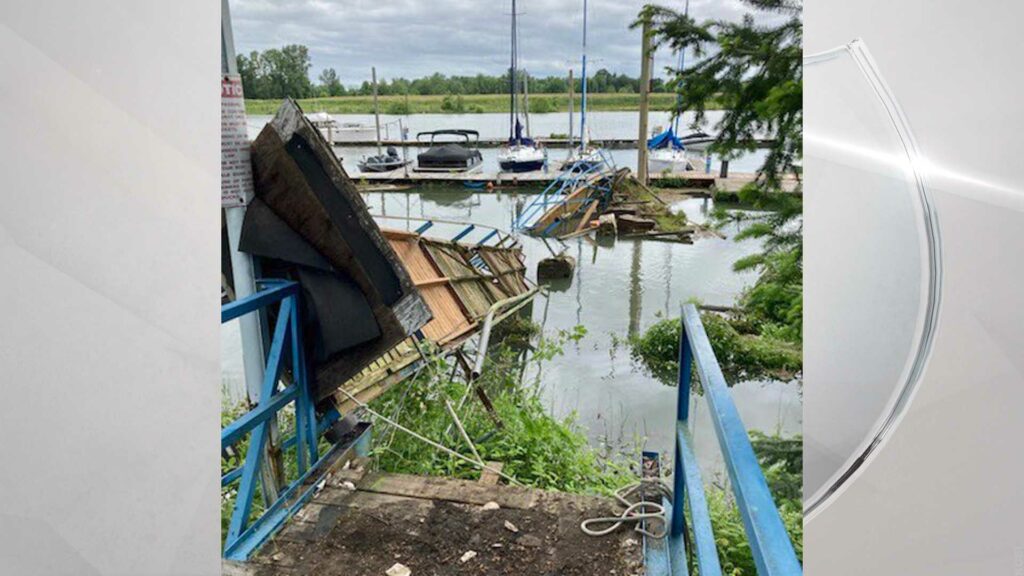 There were no reported injuries and everyone was safely out of the water by 10:30 a.m., the agency tweeted, with fire crews pulling at least some of the people from the river.

The collapse occurred at a marina near the 12900 block of Northwest Marina Way, a little less than a mile south of the Sauvie Island Bridge. The gangway and dock are on private property.

Dispatch logs show the fire department was called in at 9:46 a.m. and police were called about four minutes later.

The cause of the gangway failure is not yet known, Portland Fire & Rescue said.

The agency tweeted a photo of the collapsed gangway, taken from the connecting point on land. The gangway appears to have flipped partway over, with one side still resting on the landing structure on shore, but tipped over to one side.

The center of the gangway is underwater, and the structure appears to either have split or become heavily bent in the middle, because the far end of it still rests on the edge of the landing point on the floating dock out in the river, although it appears to be similarly flipped over.