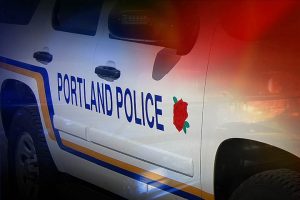 Portland, Ore. – Portland police officers responded to a report that several children were pepper sprayed by a man riding a bike around 9:20 Tuesday evening.

Officers said three boys, ages 7, 11, and 12, were treated at the scene for exposure to pepper spray.

According to police, the mother and grandmother of the victims said a man rode his bike past the car, then doubled back and sprayed the kids with pepper spray while yelling a racial epithet. The three victims are African American.

Police said the victims described the man as a white or Hispanic male in his mid-20s, 5’9” tall, 160 pounds, wearing black clothing with a grey and black helmet. Officers were not able to locate the suspect.

The Portland Police Bureau said due to the nature of the report, a detective assigned to “bias crimes” is investigating. Learn more about bias crimes HERE.