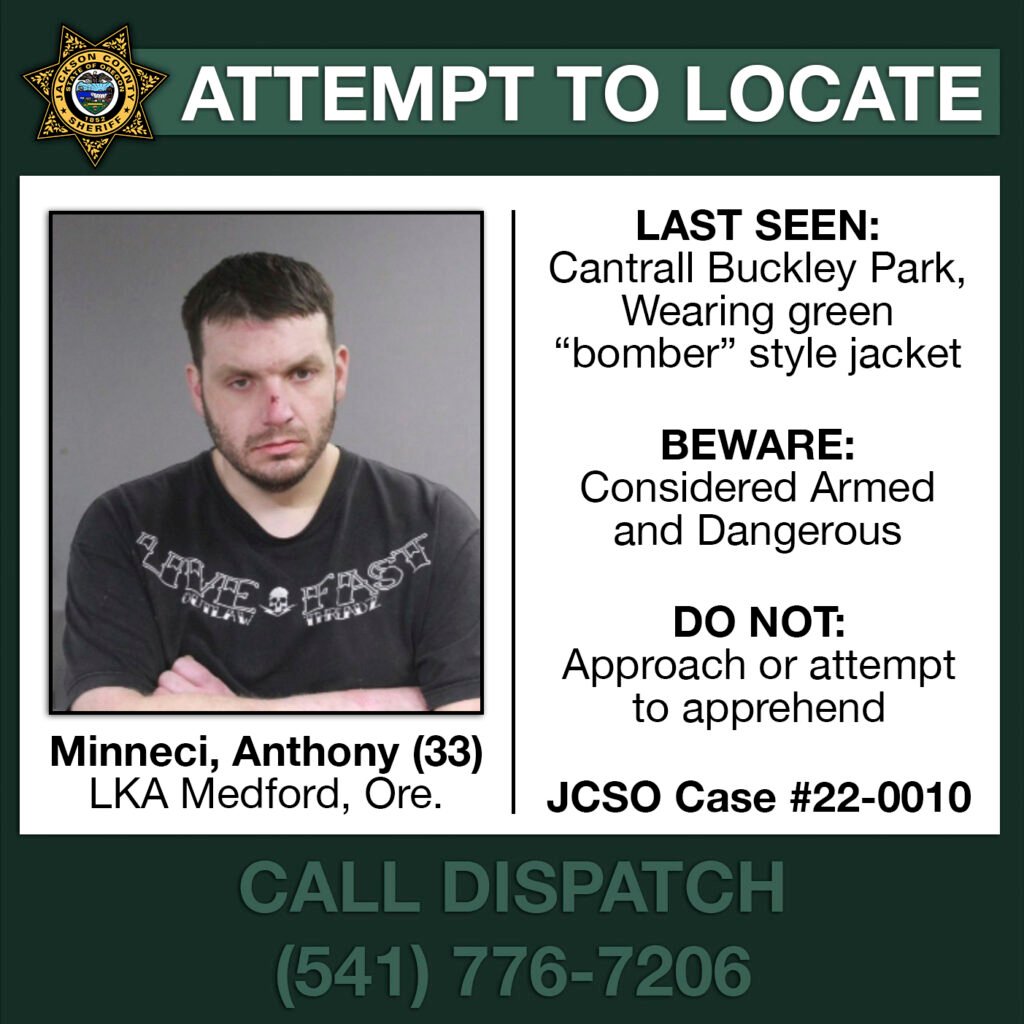 On the night of Thursday, January 6, Minneci allegedly stole a vehicle and was involved in another chase with police. He ended up crashing near Cantrall Buckley County Park close to Ruch. He fled on foot and hasn’t been located. However, he was spotted in the area the following day wearing a green “bomber” jacket.

Deputies said, “We do not believe he is a threat to the general public at this time, but if you live in the area make sure to be cautious and keep houses, outbuildings, and vehicles LOCKED.”

As of Monday, January 10th, Minneci was still on the run, the sheriff’s office said. It’s possible he’s in the Applegate area.