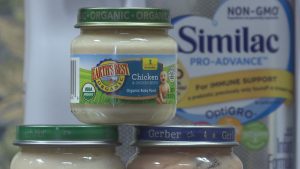 MEDFORD, Ore.– The Pregnancy Center in Medford is asking for the public’s help in raising donations to help Redding families affected by the Carr Fire.

According to the center, all it took was one call to their sister establishment to learn there’s an immediate need for baby essentials.

From diapers and wipes to baby formula and clothing, the organization is willing to take any donations so long as they’re new and unopened. The Pregnancy Center says it will be stocking it’s ultrasound van – which hasn’t been utilized due to the smoke – with as many donations as they can before heading south Thursday.

The Pregnancy Center says it will be collecting donations until 7 p.m. tomorrow.

People who want to help are asked to drop up off any items at the organizations location at 2019 Aero Way, Suite 103.