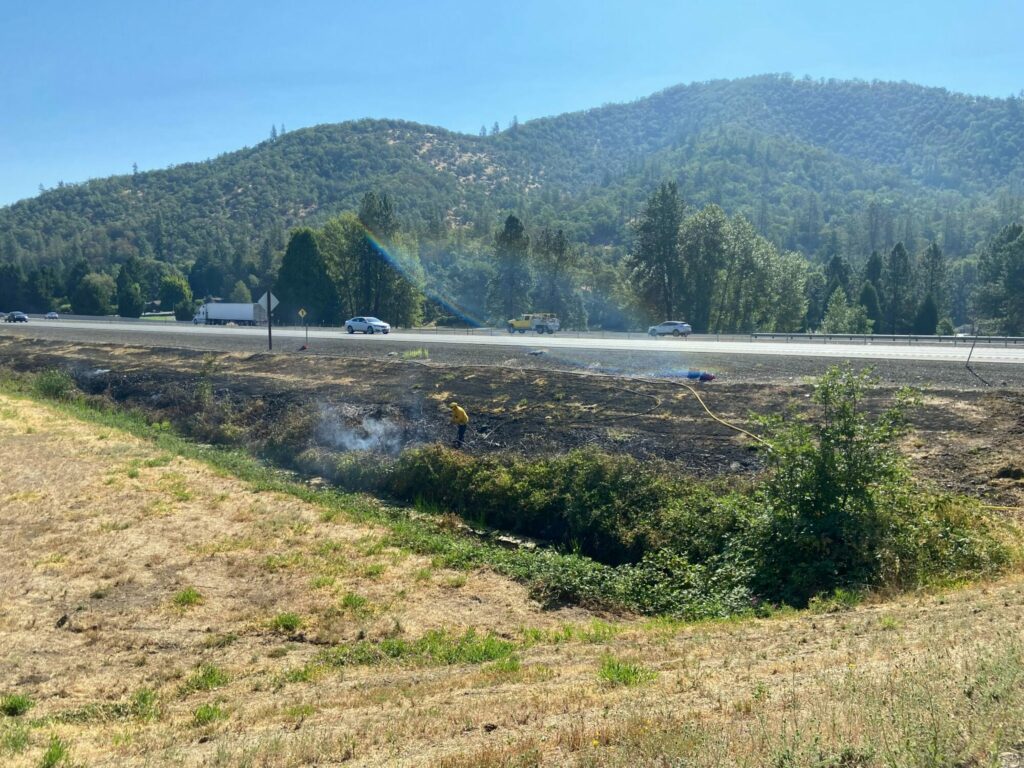 Sunday morning, ODF responded to six small fires along I-5 northbound between mile markers 45 and 58 in the Gold Hill area.

Firefighters said the largest fire was stopped at a quarter of an acre. ODF had all the fires lined and mopped up before 1:00 in the afternoon.

Investigators said they believe the cause of the fires is likely vehicle-related. Oregon Department of Forestry spokesperson Natalie Weber explained fires like these are typically ignited by dragging chains or a faulty catalytic converter that throws sparks and hits dry grass.

A day after the fires were put out, ODF stated the fires were kept small in part due to fire prevention work and fuels treatment along I-5 by the Oregon Department of Transportation.

According to ODF, ODOT has invested roughly $850,000 in brushing and mowing to reduce fire danger along state highways in Jackson and Josephine County over the past 18 months.

As the investigation into the exact cause of the fires continues, ODF recommends people stay up to date on their vehicle maintenance and be aware of loose chains.