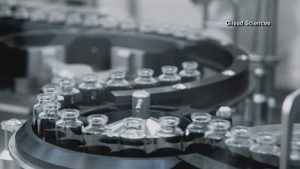 (NBC) – We now know how much a drug that has been shown to benefit severely COVID-19 patients will cost.

Gilead Sciences says it will charge over $2,300 for a typical treatment course of Remdesivir for people covered by government programs in the U.S. The company will also charge that amount to other developed countries. The cost will be over $3,100 for Americans with private insurance.

However, Gilead said the amount people will have to pay out of pocket will depend on individual insurance plans.

Gilead will begin charging for the drug next month.

Gilead will charge $390 per vial to developed countries and for those covered by government programs in the U.S. The cost will be $520 per vial for Americans with private insurance.

According to Gilead, most people are treated with a five-day treatment course using six vials of the drug.