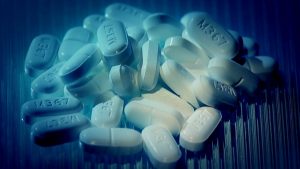 STAMFORD, Conn. (CNN) – Purdue Pharma has filed a 300-page plan outlining how it wants to restructure as a new company following its bankruptcy.

The plan is part of a plea bargain in a case where the OxyContin maker pleaded guilty to federal criminal charges for its role in the opioid crisis.

The court filing says the new company would be dedicated to combating that crisis.

It promises to provide more than $10 billion worth of addiction treatment and overdose reversal medications. That’s in addition to the more than $4 billion the Sackler family, which owned the company, has agreed to pay.

The family has already paid $225 million and is prohibited from manufacturing or selling opioids again.

Governors from 24 states are criticizing the restructuring. They say it fails to hold the company accountable to families impacted by the opioid crisis and people who survived it.