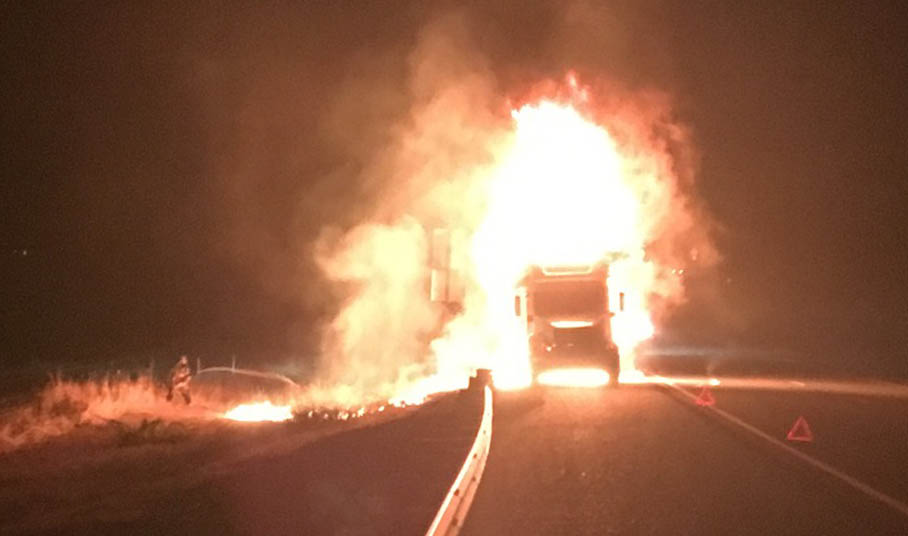 Semi-truck destroyed after catching fire on I-5

HUNTINGTON BEACH, Calif. – Officials investigating the oil spill are looking into whether a ship’s anchor may have struck a pipeline on the ocean floor, causing Amplify Energy’s major leak of crude.

Aggressive actions to clean up the spill are still underway. A state of emergency has now been declared in Southern California by the governor of California, saying what’s happening here is in fact a slow-motion disaster.

It’s believed this spill may have actually happened, according to neighbors, on Friday night. It was first reported publicly on Saturday.

Officials have been trying to clean up oil sheens for several days.

We know only about 3 percent of the oil has been collected and some sheens have been spotted as far away as Mexico.

Tuesday, an armada of teams will be out on the ocean and along the shoreline here, trying to collect oil. Some tarballs have actually rolled up.

So far, the damage to the environment has been significant, as has been the damage to wildlife. Officials say those numbers will grow in the coming days and weeks, as this slow-motion disaster continues to evolve.