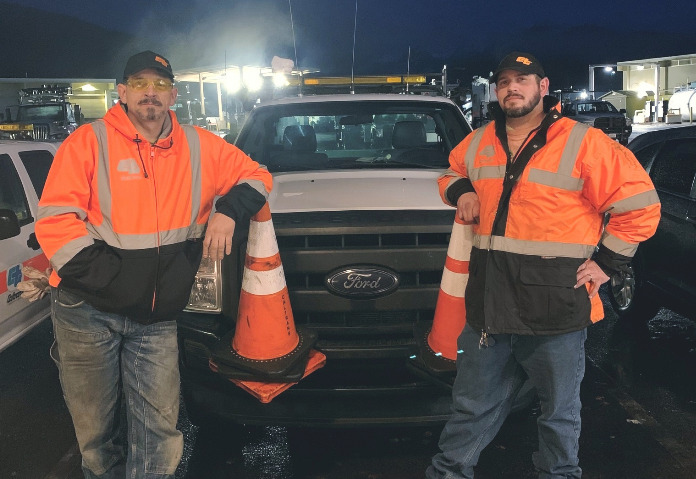 SISKIYOU COUNTY, Calif. – Two Caltrans workers are being hailed as heroes after they found a pair of crash victims.

This past Sunday night, Jason Lofton and Brian Rubalcava were patrolling for rocks along State Route 263 in Siskiyou County when they spotted gravel on the roadway with tire tracks leading off the road down a steep embankment.

After coming to a stop, the two men saw a light down the embankment and heard someone calling for help.

Lofton and Rubalcava climbed down the embankment and found two people suffering from major injuries and exposure to freezing temperatures.

The men provided the crash victims with extra clothing before California Highway Patrol officers arrived at the scene to assist.

“We are so incredibly proud to have Jason and Brian as part of the District 2 family and thank them for going the extra mile that night,” Caltrans said. “All of our employees here at Caltrans go above and beyond each and every day to keep the traveling public safe but occasionally they come across situations like this one and we are so thankful that they step up each and every time.”