Donations can be made online at United Way of Jackson County or by texting FIREFUND to 26989.
Home
Regional
Top Stories
Charges dropped in Bend road rage incident 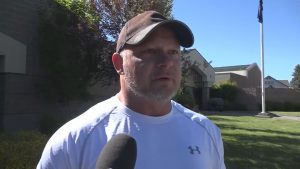 BEND, Ore. (KTVZ/CNN) – An Oregon man is once again a free man after charges against him were dropped.

Jay Barbeau was arrested on assault charges stemming from a road rage incident in Bend.

Megan Stackhouse claimed Barbeau attacked her and another woman after she pulled her vehicle in front of his truck.

Monday, the District Attorney announced he was dropping the charges due to the woman’s lack of credibility.

Barbeau was released Monday afternoon after 11 days in jail.

He said while behind bars he met some inmates that he believes he can mentor.