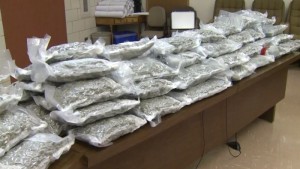 Calif. — (WGAL) Three California men, including a sheriff’s deputy, are under arrest after a major marijuana bust in York County, Pennsylvania.

“Prior to the stop we were unaware of the fact that this individual was law enforcement,” Kearney said.

Court papers show that the men drove across the country in two pickup trucks to deliver the drugs to a home in West Manheim Township.

Officials said they recovered 250 bags of marijuana, each weighing about a pound. The value of the drugs is estimated at about $2 million.