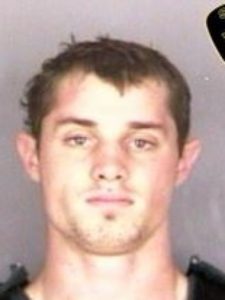 Salem, Ore. — A former college football player is sentenced to more than six years in prison for killing a Salem man.

The former Willamette University football player was also sentenced on a felony drug charge for having psilocybin mushrooms.

Smith would have stood trial next month for killing 66-year-old Michael Hampshire who was found dead less than a block from his home back in November.

The Marion County district attorney’s office says smith ate mushrooms before getting into a fight with Hampshire.