Klamath Falls, Ore. – A Klamath Falls woman claims she’s been unfairly banned from the Senior Center, where she served on the board for 4 years.

Senior Center Director Marc Kane doesn’t deny that Gray is no longer welcome there.  “The board removed her for cause, there was no secret as to why she was being removed and she was clearly told so.”

A letter to Gray says she was running a prohibited game of chance in connection with bingo.

Gray argues:  “This is played amongst the players, the bingo players – the Senior Center has nothing to do with this.”

Kane maintains everything is above board, adding that Basin Transit allocates important funding for seniors.  “To build out new bus shelter, funds have been received to replace our vehicles when they need to be replaced so that we have safe vehicles to provide service.”

While Gray says she’s done nothing wrong, Kane calls the matter an isolated incident.  “We’re not kicking people out of the Senior Center.”

Gray and three others testified to the Klamath County Commissioners last week.

The commissioners said that while they’re not in charge of the Senior Center, they would look into the claims. 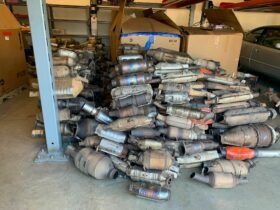