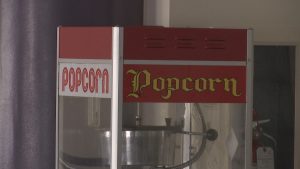 The event kicks off Friday, September 13th with a street party at the Ross Ragland Theater.

Jesse Widener of Klamath Film notes the festival is unique in its local focus.  “We are the only film festival in the world – which is features and shorts, multiple days, exclusively films made by Oregon film makers, or predominantly shot in Oregon.”

The festival will provide a showcase for 6 feature films, and 38 short films.