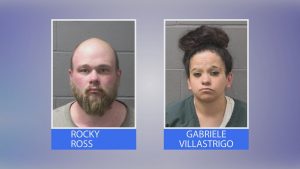 A man and woman from Merrill are in jail, charged with mistreatment of a six year old girl.

Investigators say that over the past six weeks, the child has been living with a relative, and has gained 20 pounds.