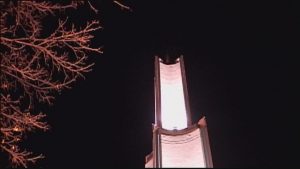 Nominees are being sought in 8 categories, including best workplace, commitment to community, and lifetime achievement.

“For 98 years, the chamber has recognized the businesses that are making a difference in our community, and that’s what this is all about.”  Explains Chamber Director Heather Tramp.  “Celebrating the accomplishments, the good things that have happened over the past year.”

The Awards Gala will be held at the Ross Ragland Theater January 19th.

Nominations must be made by January 4th.