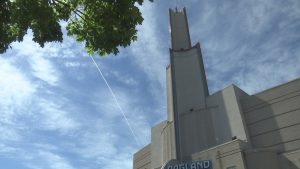 Klamath Falls, Ore. – The Ross Ragland Theater in Klamath Falls is preparing to offer a variety of youth workshops starting in July.

Subjects such as dance, clowning, Shakespeare, and theater tech will be offered.

The workshops will be geared to three different age groups.

“We thrive to have kids here in the theater.”  Notes Samantha Burris, Education Director.  “It’s been so quiet around here.  And I’m so excited to get the change for kids to come, and have some fun in a safe environment.”

There will be a healthy focus on physical distancing, scheduled hand washing, and temperature checks.