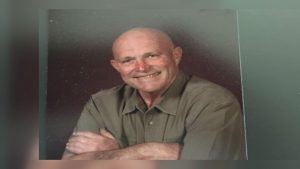 Steven was planning to leave Dallas and head home to Jacksonville around 5 P.M. on the evening of August 22.

Before starting the drive he called his wife Beverly Strauss. He told her was packing up his red GMC truck, that he had plenty of food, and that he would pull over to sleep if he got tired.

Beverly told NBC5 News she was worried about her husband’s health condition, as he has gone into three diabetic comas in the past.

She worried he may have gone into another during his drive home from Dallas to Jacksonville.

On August 27, Oregon State Police troopers with the Newport Area Command found what they described as an unresponsive male in his vehicle at Beverly Beach State park.

Emergency responders arrived at the scene and found the man dead. He was later identified as Steven Strauss.

OSP said there are no indications of foul play.

Steven was employed with OSP from 1972 to 1999. After being promoted to lieutenant, he eventually retired as a forensic criminologist from the Central Point Crime Lab, according to OSP.