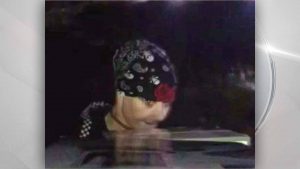 MEDFORD, Ore. – Police are trying to track down a woman who assaulted a store employee during a failed robbery attempt.

The Medford Police Department said on May 15, a woman tried to walk out of the north Fred Meyer with $700 worth of merchandise she didn’t pay for. When she was stopped by one of the employees, she rammed him with a shopping cart, knocking the employee to the ground. She then took out a knife and threatened to stab employees before fleeing on foot without the merchandise.

Medford police don’t know who the woman is, so they’re asking for help from the public. The woman is described as: