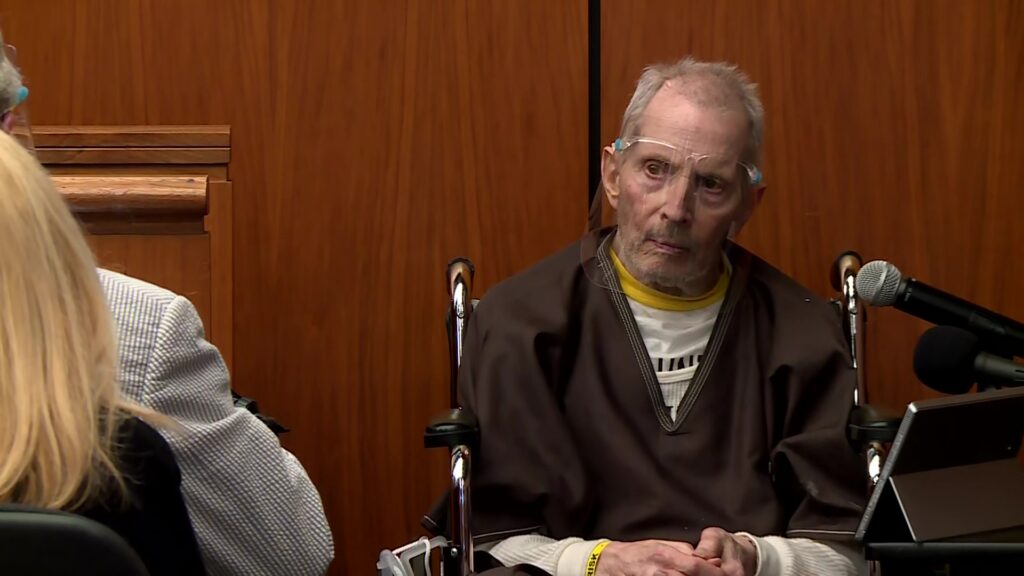 His lawyer said Durst died Monday in a California medical facility while serving a life sentence.

Durst was a real estate mogul who was convicted last September of shooting and killing his longtime friend Susan Berman.

Prosecutors say Durst killed Berman because she was going to tell investigators he had killed and disposed of the body of his wife, Kathleen Durst, who has been missing since 1982.

Durst was already in poor health but his condition declined further after his conviction when he contracted COVID and was put on a ventilator.

He was also suspected of shooting and killing his neighbor Morris Black in 2001, but was acquitted two years later.

Durst apparently confessed to all of the murders in the HBO docuseries, “The Jinx.”