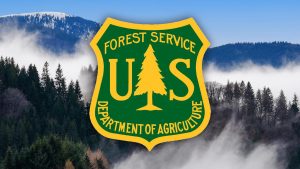 If the USFS follows through with the plan, numerous small campsites that have less than seven individual spaces could be converted to “group campsites.”

New fees at places that used to be free are also being proposed. Sites include Natural Bridges, Union Creek Interpretive Site, and Rogue Gorge Interpretive Site. Those fees could be $5 per-day. Recreation passes would be honored.

A breakdown of the proposal can be found HERE.

According to Forest Service officials, the fee increases would align prices of the sites with the facilities provided and improves services and site amenities. The proposed changes would reportedly make the Rogue River-Siskiyou National Forest sites consistent with others in the region.

Changes could go into effect this year.

Public input about the proposal is being welcomed. Written comments can be mailed by February 16, 2018, to the following address: Rogue River-Siskiyou N.F. ATTN: Recreation Fees, 3040 Biddle Road, Medford, OR 97504.

Comments can also be emailed to [email protected].