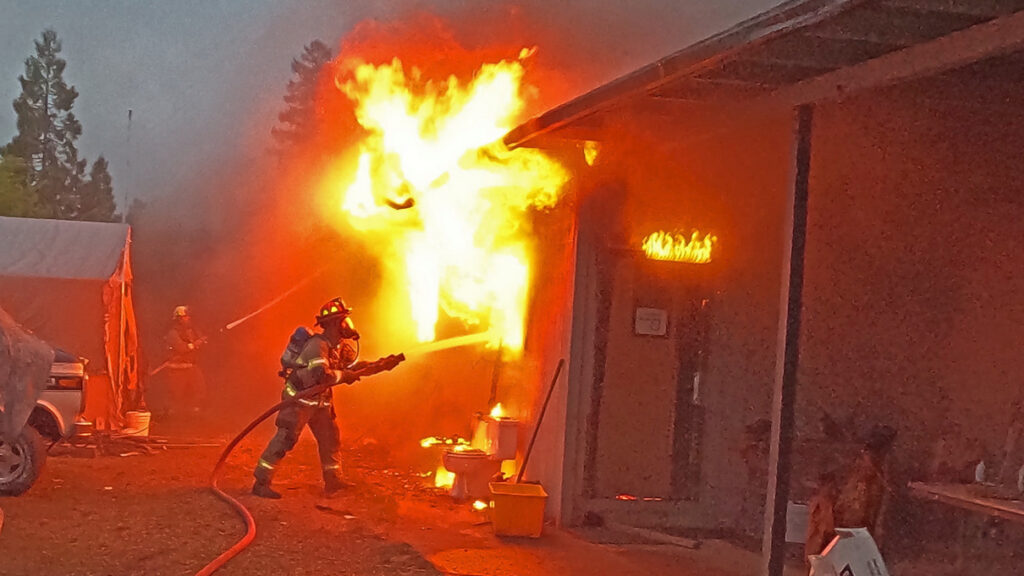 Because of the extreme nature of the fire, the Rogue Valley Mutual Aid System was triggered. This allowed multiple units from numerous agencies to coordinate and fight the fire while allowing for the rest of southwest Oregon to remain protected.

Rural Metro Fire said they had five units at the scene along with three from Grants Pass, one from Applegate Valley Fire District, and one from Jackson County Fire District #1.

Rural Metro Fire said, “The Rogue Valley Fire Chiefs Association has spent years building this cooperative and collaborative system to ensure that all those who live, work or visit Josephine and Jackson Counties, have access to critical fire and rescue services at all times, even when major incidents are occurring elsewhere.”

The cause of this fire is unknown right now.