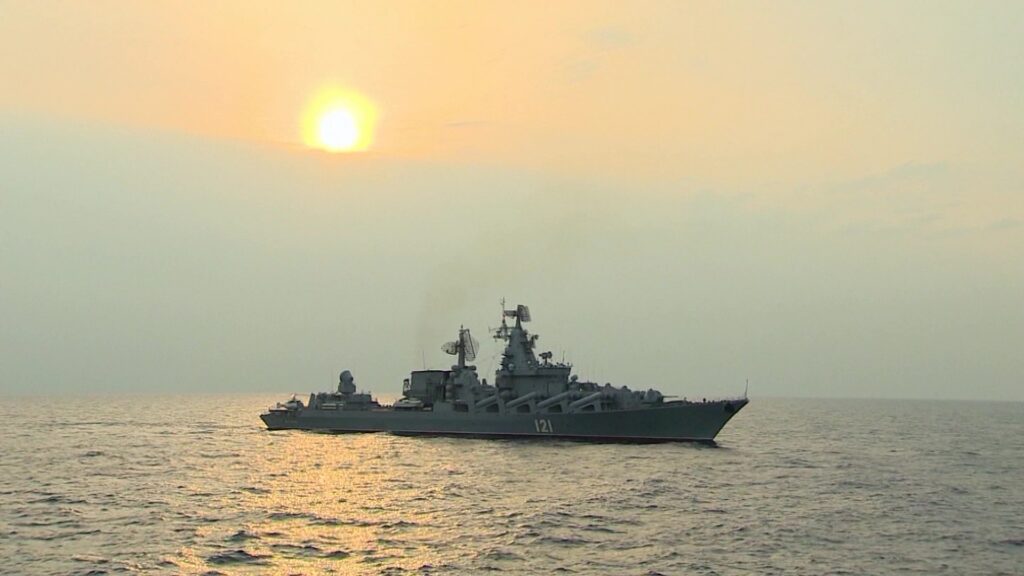 “In the Black Sea operational zone, Neptune anti-ship cruise missiles hit the cruiser Moskva, the flagship of the Russian Black Sea Fleet – it received significant damage,” the statement said. “A fire broke out. Other units of the ship’s group tried to help, but a storm and a powerful explosion of ammunition overturned the cruiser and it began to sink.”

Russia’s Ministry of Defense Thursday said the ship remains afloat and that the crew of the cruiser was evacuated. The Russian MOD said measures were being taken to tow the cruiser to the port.

Kremlin Spokesman Dmitry Peskov repeatedly declined to answer questions about the fate of Russian guided-missile cruiser Moskva on Thursday, after the Ukrainian military claimed it hit the ship with Neptune anti-ship missiles.

When asked about the latest information the Kremlin has about the ship, Peskov told reporters during a daily media call that “this is a topic for the Ministry of Defense, I can’t say anything.”

Russia’s Ministry of Defense released a statement earlier Thursday about the ship, saying a fire caused by detonated ammunition on board has been extinguished.

When asked how big the impact of the fire was and about possible losses, Peskov said: “I repeat once again, this is a matter for the Defense Ministry.”

When asked how Russian President Vladimir Putin took the news about the cruiser, and whether there will be any instructions given following the incident, Peskov said: “I can’t tell you anything, in the line of the military, reports are regularly sent to the Supreme Commander on all events.”