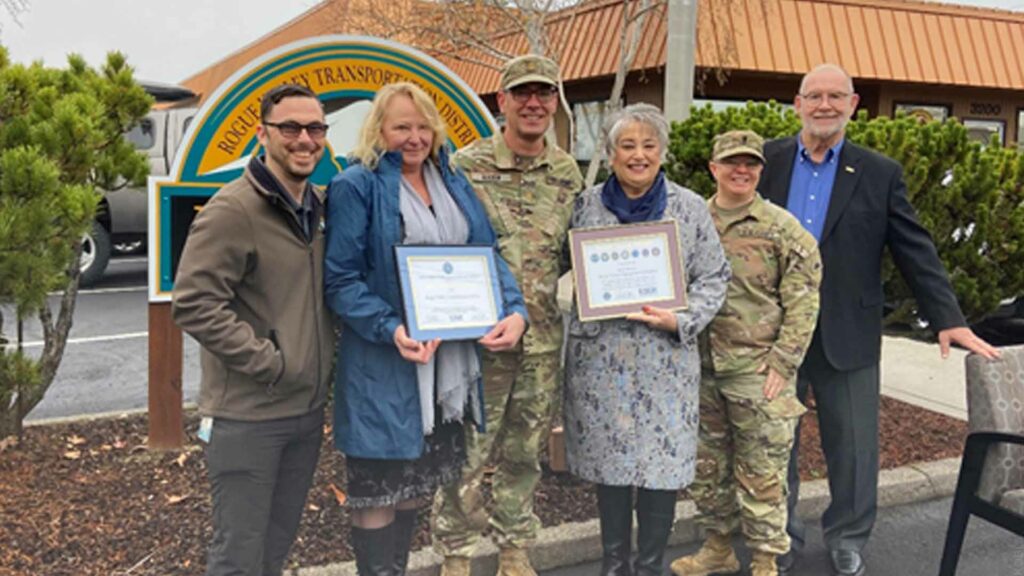 MEDFORD, Ore. – The Rogue Valley Transportation District was given two “Employer Support of the Guard and Reserve” awards.

The first award given was the “Above and Beyond” award and the other was the “Seven Seals” award.

Staff Sergeant Bryan Simpson nominated his employer before he was deployed in Africa. When he returned home, he told Employer Support of the Guard and Reserve volunteers all the things RVTD did to support him and his fellow soldiers while he was deployed. That included reaching out to him, checking in on his family, shipping care packages, continuing his health coverage, and RVTD allowed him to still accrue vacation while deployed.

“ESGR is proud to recognize an employer who provided such fantastic support to its employee who was deployed”,  ESGR volunteer Rick McReynolds said. “Supportive employers are critical to maintaining the strength and readiness of the nation’s National Guard and Reserve units.”