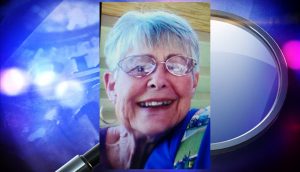 Update (07/08 6:00 p.m.) — Police say the woman who was originally reported missing has contacted her family, saying she arrived at her home in Yreka.

Grants Pass, Ore. – Police in Grants Pass are searching for a missing woman who has Alzheimer’s and short term memory loss.

The Grants Pass Department of Public Safety says Gloria Schunn became separated from her husband on Friday. She may be driving a 2012 blue Ford Mustang with a California license plate, numbered 7DCK198.

If you see Schunn, call police.