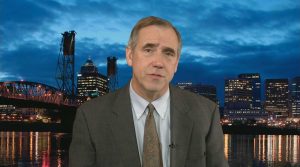 Washington, D.C. – In response to what he calls a “destructive” health care bill, Oregon Senator Jeff Merkley filed over 100 amendments to the Senate’s health care debate.

According to the Democrat senator’s office, the amendments will force “Republicans to reckon with the damage that their health care plans would inflict on millions of Americans.”

“The number of people who would be harmed by the dismantling of health care is so long that it would be impossible to list them all—but that doesn’t mean we shouldn’t try,” said Merkley. “If the GOP is intent on ramming their destructive bill through, they should have to face head-on the disastrous effects it will have for America’s veterans, children, cancer patients, and the peace of mind for every family across this country.”

In over 100 pages of motions to commit, Merkley requested the Committee on Finance to report within three days changes that could influence health care coverage for the following groups: