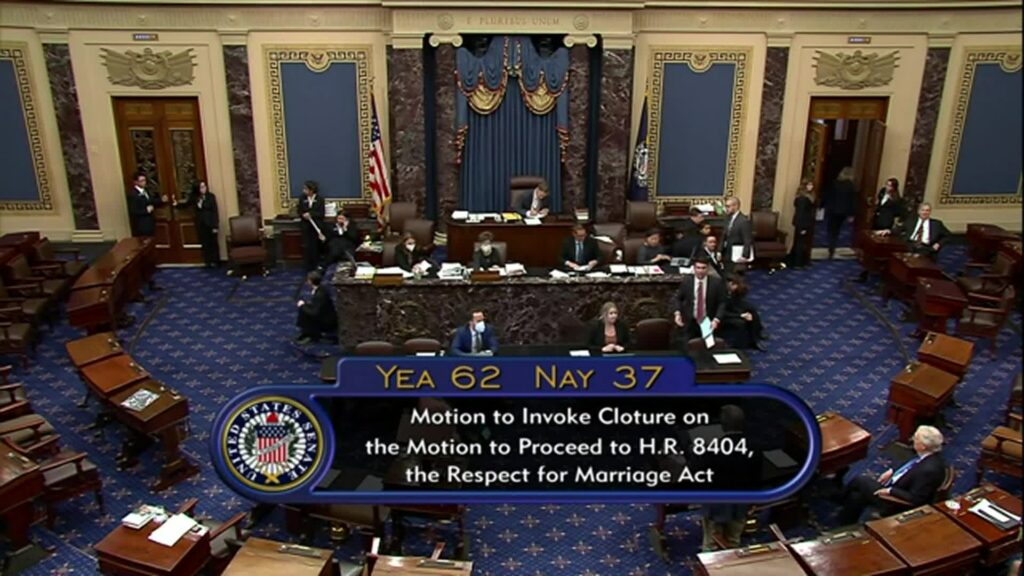 WASHINGTON, D.C. (CNN) – The U.S. Senate has jumped a major hurdle to begin debate on the Respect for Marriage Act.

Democrats secured the 60 votes they needed to break a filibuster on the legislation.

On Wednesday, 62 senators voted to move forward in the process with 12 Republicans joining all 50 Democrats.

Democrats are pushing for the legislation in case the U.S. Supreme Court overturns the ruling that legalized same-sex marriage across the country.

Lawmakers will most likely pass the bill after Thanksgiving recess, but there is a chance it could happen sooner if all senators agree to speed up the process.