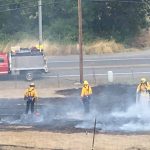 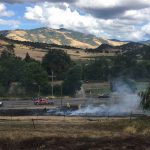 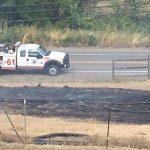 The Oregon Department of Forestry responded before 3:00 p.m. to four small fires ranging in size from 1/10 of an acre to one acre. Two more were later found, both were estimated to be 1/100th of an acre.

As of a 3:45 p.m., all the fires were contained and crews were working to mop them up.

There were no evacuations made due to the fires.

The cause of the fires remains under investigation. However, firefighters say it appears to have been caused by a vehicle’s malfunctioning exhaust.