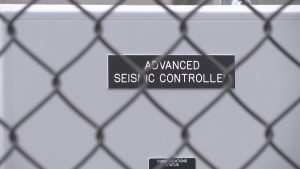 MEDFORD, Ore. — After years of testing, an early warning system for earthquakes is rolling out for the general public in Oregon. The United States Geographic Survey said starting March 11th, the system called ‘Shake Alert’ will be capable of sending out alerts to all Oregon residents.

The system has been public in California since 2019 and in a pilot program for Grants Pass and Medford. It wasn’t available in other parts of the state. Washington’s system will be up and running in May. The shake-alert warning system monitors when an earthquake is going to happen and how strong it’ll be.

It can warn people up to 2-minutes before the ground starts to move, giving more time to get cover, or move to a safer spot. How much notice you get will depend on where you are in relation to the epicenter of the quake, most won’t get much time to prepare.

“Generally what people will get is probably a few seconds — if that, before shaking starts. But a few seconds is better than nothing,” said Bob de Groot with USGS. He said USGS is working with automation to shut off gas supplies, closing valves to protect water and opening fire house doors, when alerts for big earthquakes go out.

He says, it’s all to keep people safe. de Groot says automation has a lot of benefits because the systems can make much faster decisions than people.