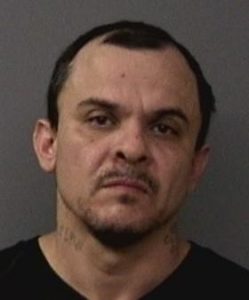 YREKA, Calif.– A suspect involved in a homicide investigation is currently being sought out by the Siskiyou County Sheriff’s Office after investigators determined the man to be connected to the victim.

Mike Hernandez III, 43, is considered a person of interest in the possible homicide of Kenneth Ray Jones, 66.

Early Saturday afternoon, deputies received a call to a residence on the 6400 block of Dunsmuir Avenue in Dunsmuir. Deputies met with the caller Hernandez’s mother, who said she was concerned for her personal safety but that Hernandez himself was not at the house anymore.

Further information revealed that another person was living in the residence and deputies soon found Jones, deceased in his room.

According to reports, evidence of Jones’ death lead to ties of a possible homicide and his car, a Chevrolet Astro Van, was also missing and reported stolen.

As of Sunday afternoon, the sheriff’s office is still searching for Hernandez and believe he is still within the county.

“He could be anywhere in Siskiyou County,” said Sheriff Jon Lopey. “We have no reason to believe he left the county but we suspect he’s either in the Yreka area but it’s possible he could be near South County.”

This is an ongoing investigation but the sheriff’s office is asking for the public’s help in locating Hernandez. Sheriff Lopey warns, however, he could be armed and dangerous.

Hernandez is described as 5’9″, weighing 195 pounds with short, black hair.