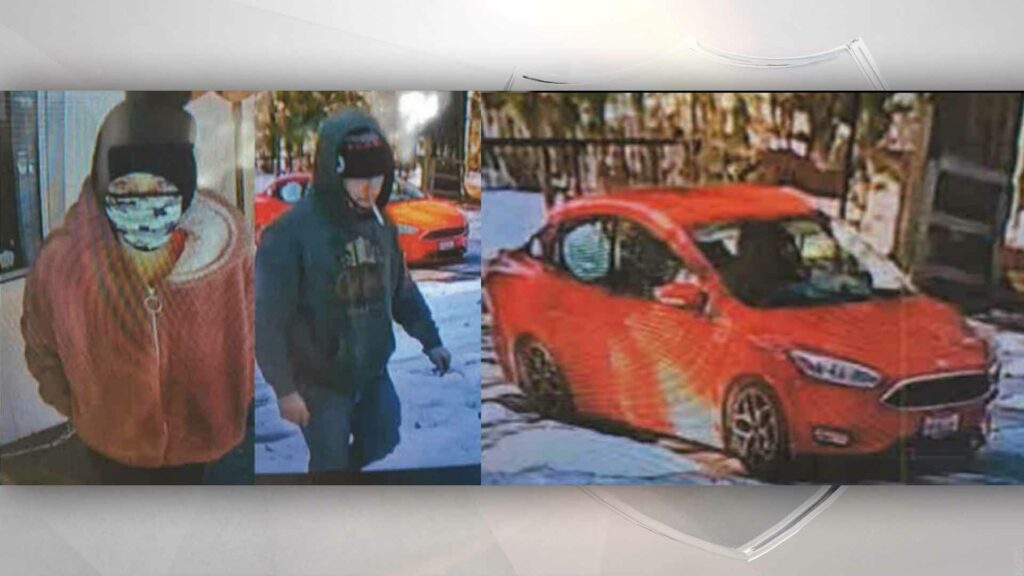 MT. SHASTA, Calif. – Investigators in Northern California are asking the public to be on the lookout for two burglary suspects.

The Siskiyou County Sheriff’s Office said on Saturday, January 15, a male and female forced their way into a home in the 3600 block of South Old Stage Road in the community of Mt. Shasta. They took two handguns and a large amount of ammunition in the process.

According to the sheriff’s office, the suspects are considered armed. They were last seen in a 2015-2018 Ford Focus, pictured above.