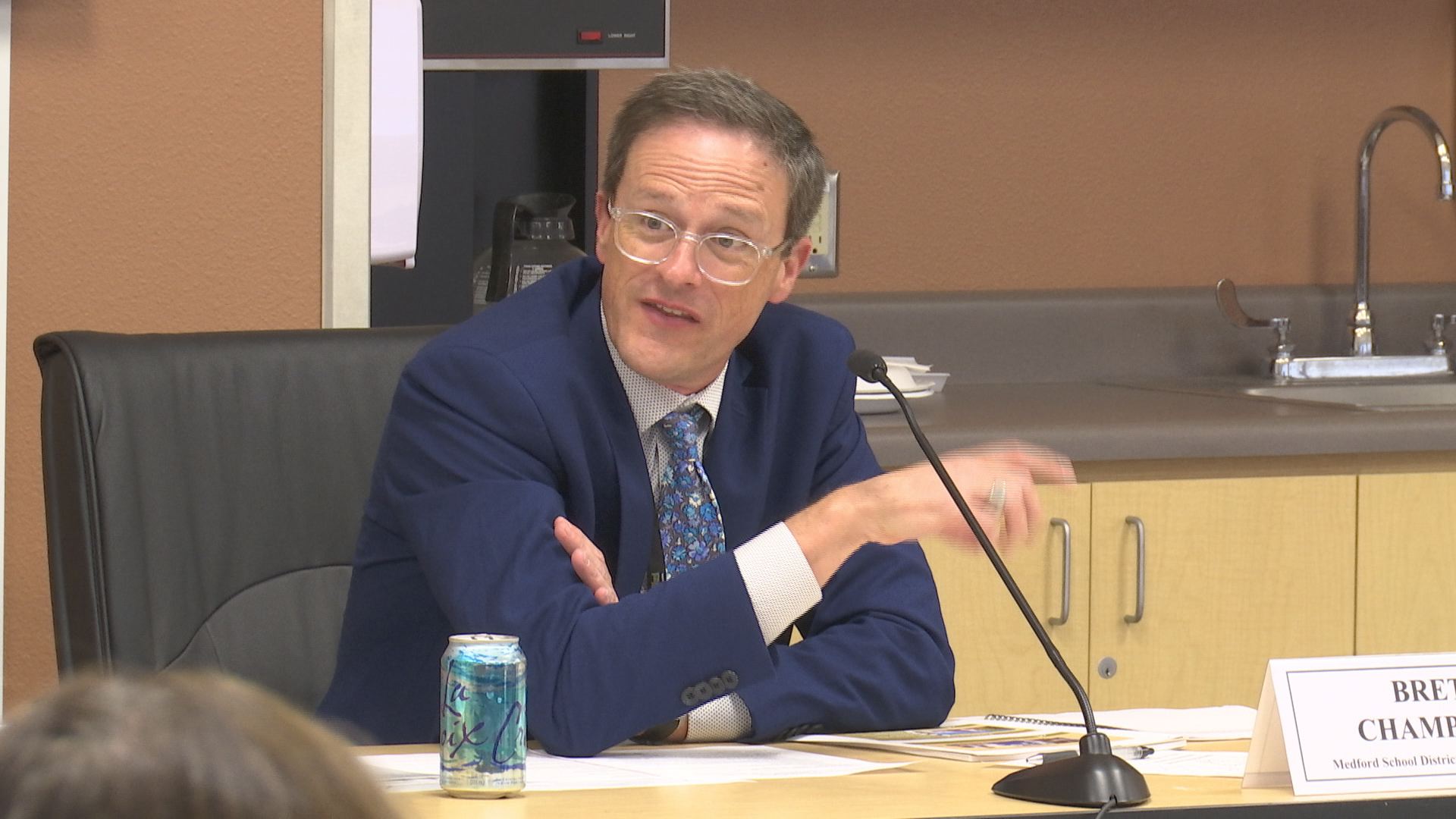 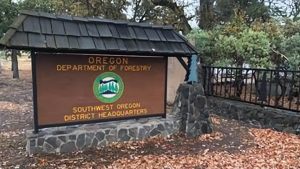 The fire was burning on forestland 16 miles northwest of Rogue River and estimated to be less than five acres. A wet line has been drawn around the fire.