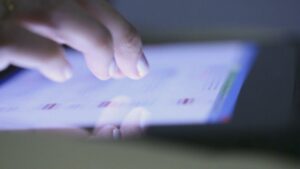 (NBC News) Much of the 2020 election campaigning has played out online, leaving tech companies scrambling to control how information, and misinformation, spreads on social media.

In the final days ahead of the vote social media companies are bracing for impact.

Facebook recently announced plans to remove election-related posts with militarized language such as “army” or “battle,” and if a candidate declares victory on Facebook or Instagram before official outlets, there’ll be a message that says the counting is still in progress and no winner has been determined.

“The fact that both sides criticize us doesn’t mean we’re getting this right, but it does mean that there are real disagreements about where the limits of online speech should be,” says Facebook’s Mark Zuckerberg.