Home
Local
News
Top Stories
Spring season slow for photographers, many look to give back 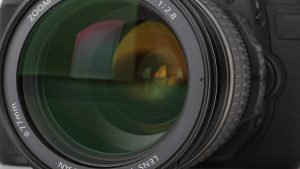 MEDFORD, Ore.– Photographers in southern Oregon are trying to make things work around social distancing. Normally the spring season is booming with jobs as weddings, graduations and other celebrations occur.

Like almost every other business though, work came to a screeching halt.

Photographer Allie Harrington says she saw business take a dive right as stay-at-home orders were enacted. Even though the county has entered Phase 1 of reopening she doesn’t expect business to come back in droves as they would like.

“I think there’s so much apprehension so people are still kind of holding out for senior pictures for the summer as well as weddings and celebrations,” she said.

Harrington says every photographer’s scenario is different depending on what they shoot.  Luckily most don’t have a lot of overhead. Some are even taking part in programs that give back to the community.

Harrington herself plans on providing free shoots for graduating seniors who missed out on getting pictures for their milestone achievement.

“I want this to be a precious time for them,” said Harrington. “I want it to be special in a time that felt like their year was cut short and so that’s given me a creative outlet that I get to do now that things are reopening.”

Other photographers like Teresa Creech have been working with an organization that gives back. As an area coordinator for Now I Lay Me Down To Sleep, Creech and several other photographers have been going to local hospitals to take photos for parents that have given birth. The company, however, takes photos on an invitation basis for parents who had a stillborn birth.

“We could donate money, we could do whatever,” said Creech. “But this is something we can give back to our community that other people cannot.”

Other photographers are finding different ways to give back to groups such as low income, students, and even health care workers.

While the following months may be slow, photographers are hopeful things will bounce back. Those NBC5 News spoke with have a variety of offers they’re giving to certain groups in need.

Many have said they’re open for doing shoots and will work with you to social distance if need be.