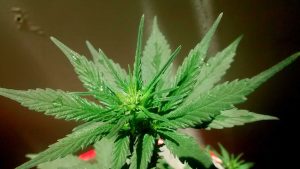 Arlington, Virginia – As more drivers admit to using marijuana, the drug is more frequently associated with vehicle crashes, according to the Insurance Institute for Highway Safety.

A new study by the Highway Loss Data Institute shows collision claim frequencies are up around 3 percent on average in states that have legalized the recreational use of marijuana–Oregon, Colorado and Washington.

According to a separate individual analysis, Oregon has the lowest increase in claims compared to neighboring states. That increase comes in at around 4%.

HLDI has begun a large-scale study in Oregon to assess how legalized marijuana use could change the risk of crashes with injuries. Results from the study are expected in 2020.