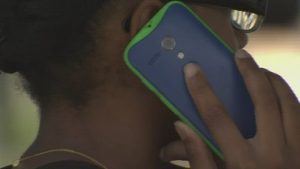 A 1991 federal law makes cellphones a robocall-free zone. But Congress carved out an exception to the law in 2015 allowing automated calls for government debt collection.

Groups including political consultants and pollsters petitioned the court to strike down the 1991 law as a violation of their right to free speech, arguing Congress was allowing one kind of speech the debt collection but not others.

The justices threw out that exception, preserving the original ban on robocalls to cellphones.