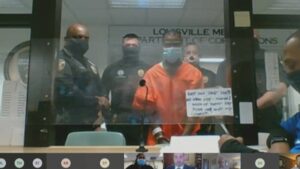 The 26-year-old pleaded not guilty to the charges.

The crowd was protesting the grand jury decision of the officers involved in the shooting death of Breonna Taylor.