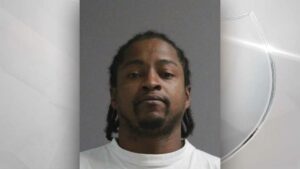 MEDFORD, Ore. – A suspect is behind bars after a heroin bust in Medford.

Police said on Tuesday, June 8, investigators with the Medford Area Drug and Gang Enforcement team gathered in the 2800 block of Spring Hills Drive to serve a search warrant at the home of 33-year-old Marquis Devon Akins.

During the search, officers said they found 1.37 pounds of heroin, over $5,000 in cash, and packing materials.

Akins was arrested for unlawful delivery, manufacture, and possession of heroin. He was also charged with child neglect because there was a toddler in the home when police served the warrant.

Medford police said Akins had an outstanding for failing to appear in court from a similar heroin bust that happened in 2016. He also had a warrant for domestic abuse.

Akins is being held in the Jackson County Jail without bail.