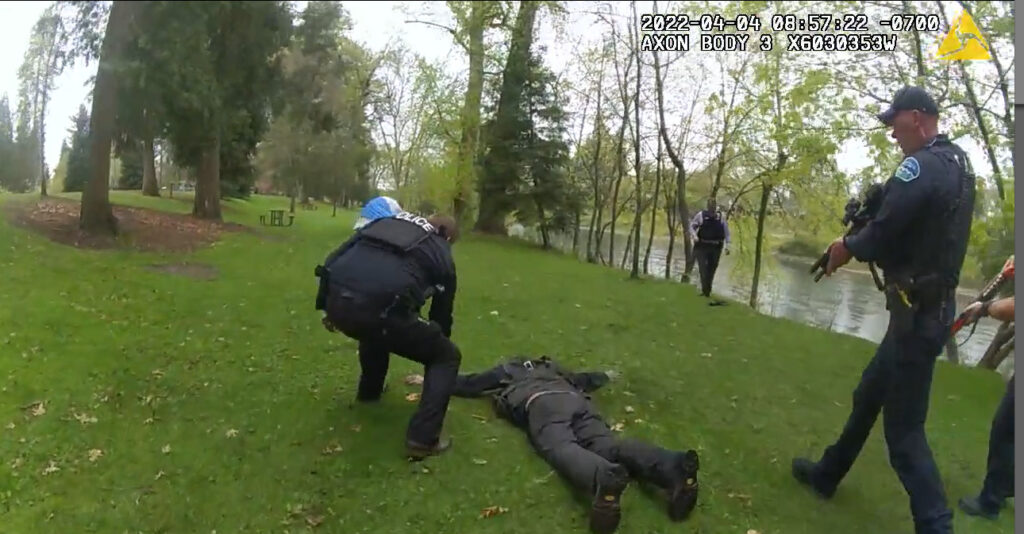 GRANTS PASS, Ore. – A man was arrested for firing a gun in Grants Pass’ Riverside Park.

Police said at about 8:45 a.m. Monday, a person living across the river from the park called 9-1-1 to report someone shooting a rifle. The man with the gun was reportedly yelling at someone but nobody else was seen nearby.

Grants Pass police officers surrounded the area and started evacuating people who were camping nearby.

Eventually, the suspect was found near the Vista Street boat ramp. After being confronted by police, he surrendered.

Nobody was injured during the incident, which appears to be random. There’s no indication there’s any continued threat of harm to the public.

Police did not comment as to whether this latest incident is connected to a very similar one that happened on Monday, March 28.