Josephine County Fair Announces Back to the 50’s 2021 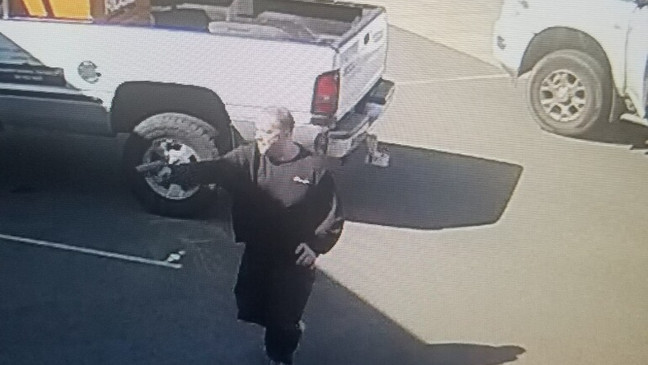 NORTH BEND, Ore. — A man believed to be responsible for three homicides and a hit and run on Friday has turned himself in to authorities in Milwaukee, Wisconsin.

North Bend police found out early Sunday morning Oen Evan Nicholson had peacefully surrendered to police there, but did not release details about how he gave himself up.

Police say he forced a woman to drive him more than 2,000 miles to Wisconsin, before giving himself up.

On Sunday afternoon, Springfield Police said that Nicholson had approached 34-year-old Laura Johnson after she returned to her parking spot during her lunch break on Friday in Springfield and forced her to drive him in her car.

Johnson was not hurt and was returning to Oregon, police said in a statement.
The Coos County District Attorney said Nicholson is believed to be the son of Charles Nicholson, the man found dead in a trailer at the Mill Casino RV Park on Friday.

Paul Frasier said he believes Nicholson was also behind the wheel of a truck that ran over Anthony and Linda Oyster, a couple in their 70s from Florida.

Investigators say the driver of the pickup drove to a dispensary and killed 47-year-old Jennifer Davidson.

North Bend Police said the pickup was later found crashed and set on fire in Lane County, and a witness reported seeing the suspect head into the woods with a handgun.

Nicholson is charged with murder in the first degree, attempted murder in the second degree, assault, and failure to perform the duties of a driver. He is expected to appear in court in Wisconsin in the next few days. Then the extradition process will start to bring him back to Oregon.