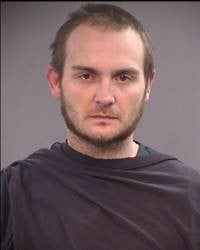 MEDFORD, Ore. — Last Friday, March 5th around 8 a.m., officers said they responded to Harvey’s Motel for a report of a victim of a stabbing. Police say the victim was discovered by staff, who found him in the bathtub of a motel room. When police showed up, no suspects were there. Medford PD said medical personnel tended to the 73 year old victims’ wounds. He was ultimately transported to the hospital, where he remains as of March 11, 2021.

Police say the victim was found to have multiple stab wounds to the neck, as well as blunt force trauma injuries to the upper body.

MPD discovered that 30-year-old Jake Compton, had rented the room where the victim was discovered. However, Compton could not be located. After a lengthy investigation, detectives determined that Compton had caused the injuries to the victim after an apparent dispute in the motel room on March 3rd.

Police say Compton was then aided by his girlfriend, Cera Freier, 23, and placed the victim in the bath tub, in hopes he would die from his injuries. Freier allegedly remained on scene to ensure the victim did not leave the bathroom. 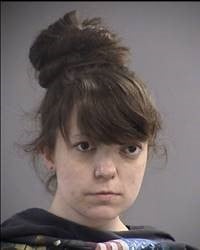 On March 9th at about 4:00 p.m., officers say they located Jake Compton in the parking lot of the Econo Lodge. He was interviewed and lodged in jail for Attempted Murder and Assault 1st Degree, with bail set at $2 million.

On March 11th, at about 7:45 a.m. officers say they located Freier when she arrived back at Harvey’s Motel. She was interviewed and lodged for an unrelated parole warrant.