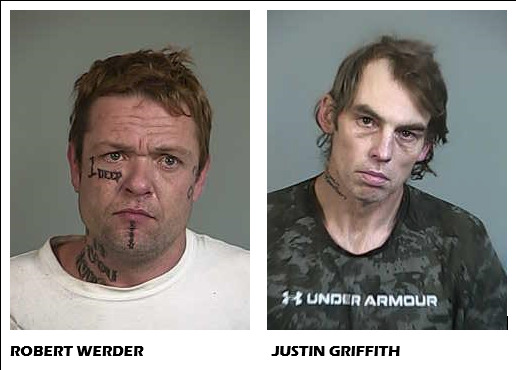 The Yreka Police Department said on January 1, officers were told someone cut through a fence surrounding Bruce’s Towing and stole a white Toyota Avalon.

Three days later, a Yreka officer conducted a traffic stop on Sharps Road which resulted in the recovery of the car and the arrest of two suspects, Robert Werder and Justin Griffith.