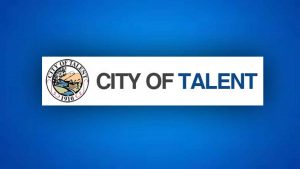 TALENT, Ore. — Talent City Manager, Sandra Spelliscy is leaving office after she said the Council majority determined it wanted a change. Spelliscy has worked for the city for a little over two years.

The City Council discussed and unanimously approved her severance Friday evening.  The proposed severance is a one time payment of over $48,000, which is five times Spelliscy’s monthly salary. The city will also pay over $1,500 a month for five months, for healthcare costs.

According to the agreement, her last day would be January 4th.

Earlier this year, the Talent Mayor and some City Counselors were called to resign after appearing to make negative comments about police. The city’s police chief later resigned.

In a statement to NBC5 News, Spelliscy said, “The Council majority has determined it wanted a change, and that is its right. I’ve been privileged to serve the residents of Talent for the last two and one-half years, and to work with an incredibly professional and dedicated staff. Change is always difficult, and even more so now as the city faces the twin crises of the Almeda fire and the pandemic. My concern is that this change comes at a time when stability and institutional memory are crucial needs for the city, and I hope that it will be able to weather the inevitable disruptions ahead.”