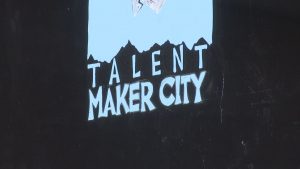 TALENT, Ore. — A local makerspace got some help from a southern Oregon foundation as it makes equipment for frontline workers.

After closing to the public, Talent Maker City turned to making personal protective equipment for healthcare workers. Last month the organization said it needed donations to keep its efforts going. The Cow Creek Umpqua Indian Foundation answered and gave them a $7,700 grant.

“When we learned that […] the need was here and that our friends, our frontline workers, our first responders, they were in need, we had no choice but to utilize our space,” said Talent Maker City Executive Director Ryan Wilcoxson.

The money was used to purchase two 3D printers. It’ll help make everything from ventilator manifolds, which allow a single ventilator to support four to six patients, to intubation boxes.