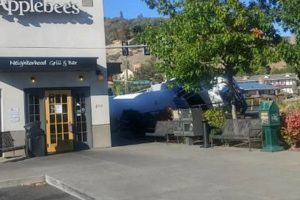 Grants Pass, Ore. – Emergency crews responded Tuesday afternoon to a report of a tanker truck that rolled over near Applebee’s restaurant on Highway 199 in Grants Pass.

According to ODOT, the tanker truck was said to be hauling liquid oxygen. Hazmat crews were dispatched to the location after it was reported to be leaking. 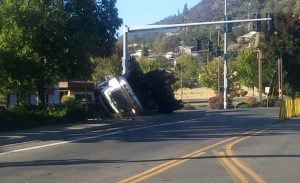 ODOT said I-5 Exit 55 off and on ramps are closed due to the crash. Motorists are advised to avoid the area.