PORTLAND, Ore. (KGW) — A shooting left one teenage boy dead and three other teens injured in Southeast Portland near the city’s border with Gresham on Sunday night, according to family members of some of the victims.

Authorities got a call about a shooting in the area of Southeast 162nd Avenue and Stark Street around 8:43 p.m. on Sunday.

A family member said the ages of those shot, including the teen who died, range from 14 to 17 years old. PPB told KGW it is working to confirm the ages of everyone involved in the shooting.

Police have not released any suspect information or said what led up to the shooting.

Portland Mayor Ted Wheeler posted a video message on social media Monday afternoon and offered his condolences to the families of the victims.

“Three young men had their lives changed forever and one young man will never have the chance to start his adult life,” Wheeler said.

The mayor went on to reference a shortage of resources to solve crimes in Portland.

“We have a shortage of investigators, detectives, officers, prosecutors and public defenders,” the mayor said. PPB is down to a historic low of about 780 sworn officers.

Portland saw a record-high number of shootings in 2021 with more than 1,000 shootings. Of the nearly 90 homicides last year, fewer than half have been solved.

At least 30 people have died of homicide so far in 2022 and there have been more than 100 injury shootings across the city. At this rate, 2022 is on pace to be Portland’s deadliest year on record. 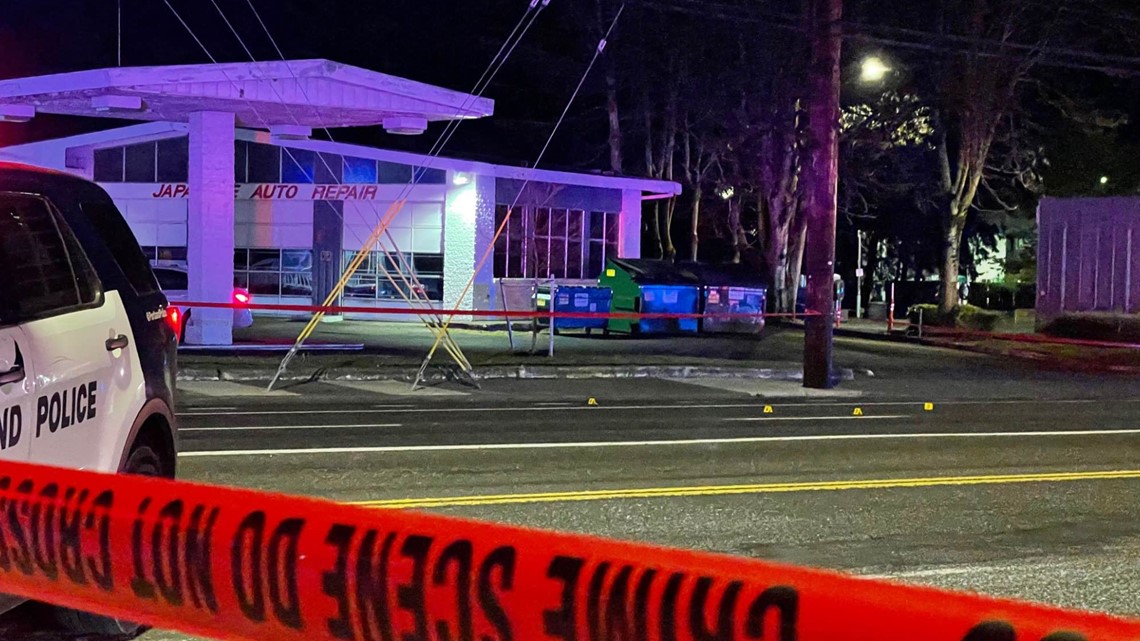 Credit: KGW News (Evidence markers at the scene of a deadly shooting near Southeast 162nd and Stark on Sunday, April 17, 2022.)