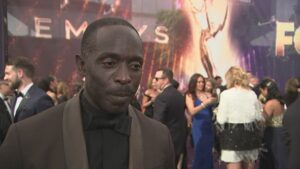 BROOKLYN, N.Y. – The actor best known for his role as Omar Little on HBO’s “The Wire” has died.

Investigators say drug paraphernalia was found near his body.

The 54-year-old New York City native most recently appeared in HBO’s “Lovecraft Country” and the series “F is for Family.”

Williams was next slated to co-star in Sony’s George Foreman biopic.

Williams was a five-time Emmy nominee. He was also the winner of a SAG award for “best ensemble” along with the cast of “Boardwalk Empire.”