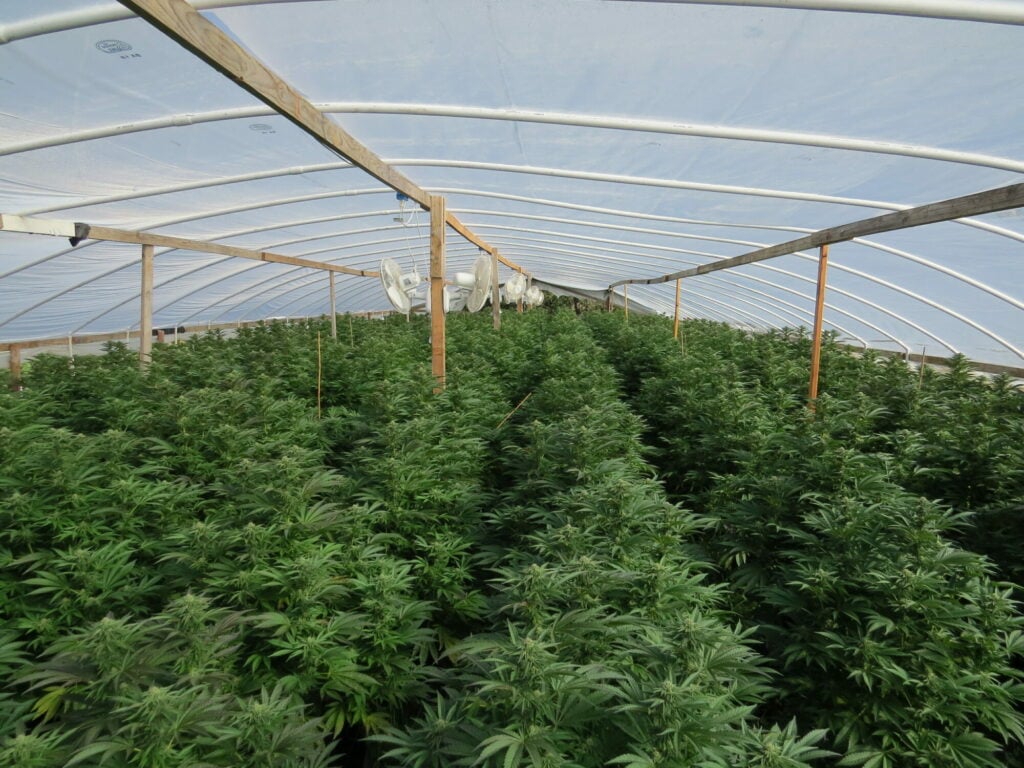 On Wednesday, officers arrived at the 1100 block of East Antelope Road in Jackson County.

Over 200 pounds of processed marijuana, eight firearms, body armor, and more than $10,000 were reportedly seized.

On top of that, the property owner was fined $66,000 by Jackson County Code Enforcement.