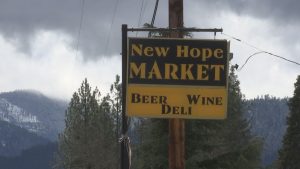 The armed robbery was reported on Saturday, March 24. When troopers arrived, the suspects had left the market. As they were investigating the incident they learned of a similar armed robbery which happened on March 7 at Levi’s Market.

Detectives determined the two cases may be related and began to investigate them together. During the course of the investigation, they learned cash had been stolen from Williams Country Store in a case believed to be tied to the other two.

Eventually, OSP says the investigation led troopers to Kenneth Frankel, 18, Daniel Anderson, 18, and Brendan Shapiro, 18. All three men were arrested Tuesday and are now lodged in the Josephine County Jail on charges of Robbery in the 1st Degree, Theft in the 1st Degree, Unlawful use/carry of a dangerous weapon and Unlawful use of stun gun, tear gas or mace.