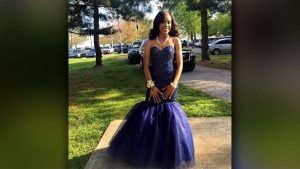 Witnesses say Trinity was standing outside a Lexington, Kentucky restaurant with a crowd of people when someone inside a car in a neighboring parking lot began firing.

Trinity was shot in the neck and later died at UK hospital.

The three men, D’vonta Middlebrooks, 38-year-old Chazarea Taylor and 19-year-old D’markeo Taylor have all been charged with wanton endangerment in the case.